“Herzog & de Meuron have designed a tower that somehow manages to combine the urban intensity and density of a tight skyscraper full of lofts and a series of interlocking glass villas that is as free-flowing as any of California’s classic modernist houses.”

How Did They Build That?: Cantilevers and Lifts 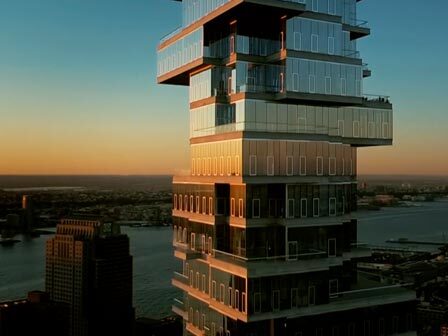 Watch the Smithsonian Channel's "How Did They Build That?: Cantilevers and Lifts," featuring the design and construction of 56 Leonard (Original air date: March 5, 2020). 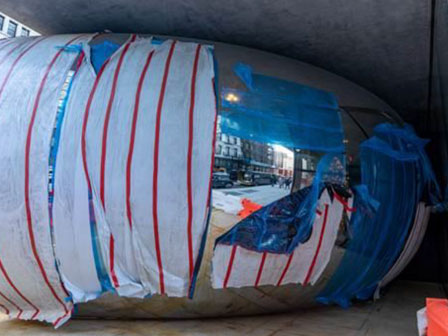 Long live the new bean: The New York version of Anish Kapoor’s Cloud Gate in Chicago (colloquially known as The Bean) is finally rising at the foot of 56 Leonard.

NYC’s 10 Most Important Buildings of the Past Decade 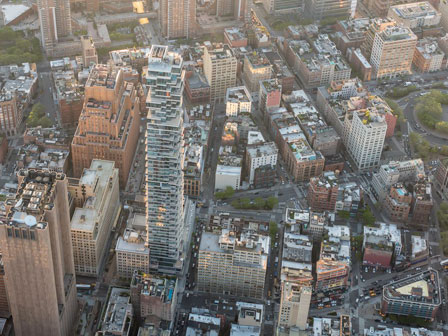 Now that the tower is complete—it topped out in 2015, and welcomed its first residents two years later—it’s hard to imagine skyline without its wild, asymmetrical shape.

New York will soon get its own shiny Anish Kapoor sculpture 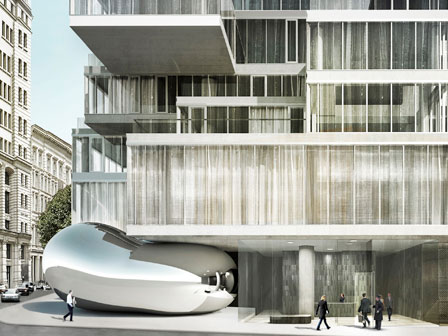 The artist’s first permanent work of public art in the city will be installed at a Herzog & de Meuron-designed high-rise in TriBeCa.

First Look: The Penthouse at 56 Leonard is TriBeCa’s Crown Jewel 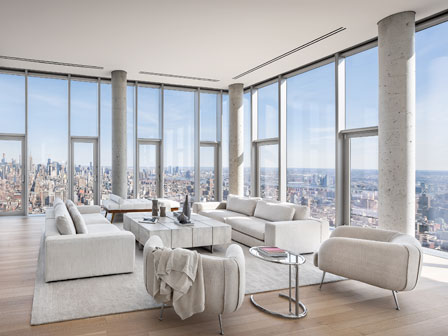 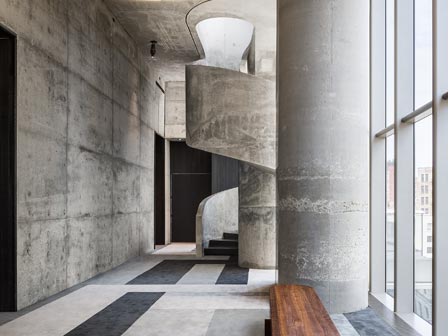 Why stop at hanging art on your walls when your entire home could be a work of art? 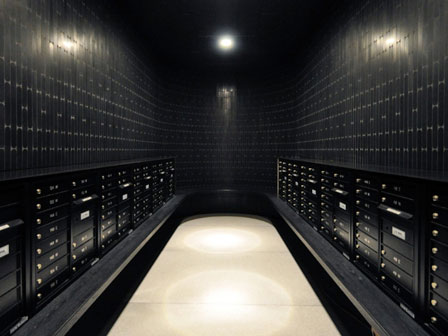 Some real-estate developments in New York, Florida, and California are turning the lowly space into an attractive gathering spot—a hangout spot to chat over catalogs. 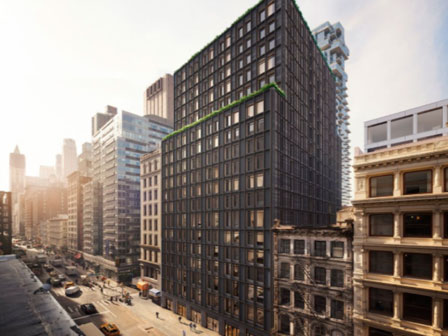 Broadway is no longer the hot address in TriBeCa: Developers are choosing more exotic addresses on nearby side streets for new residential condominiums.

In new condos, art is part of the deal 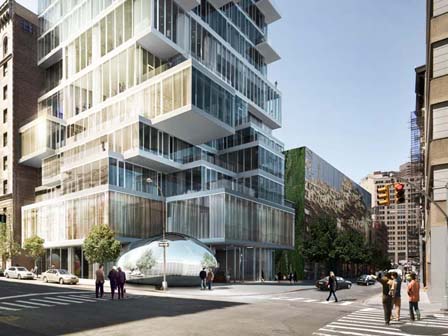 It’s all about the artists as developers try to create excitement for their projects. 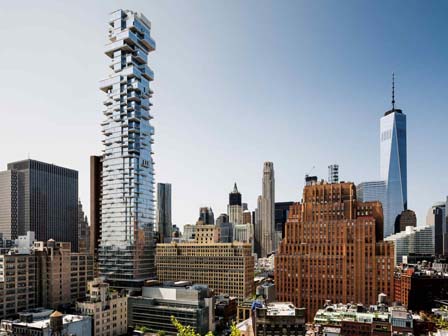 The penthouse at the pinnacle of 56 Leonard, the distinctive Jaya-like glass skyscraper in the heart of TriBeCa, has finally sold. 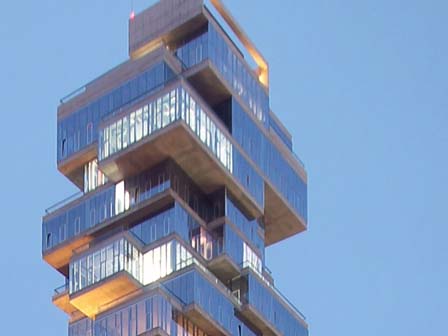 The construction of one of New York’s most unusual skyscrapers has been captured in this captivating timelapse video. 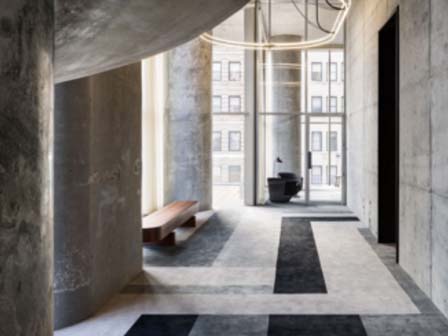 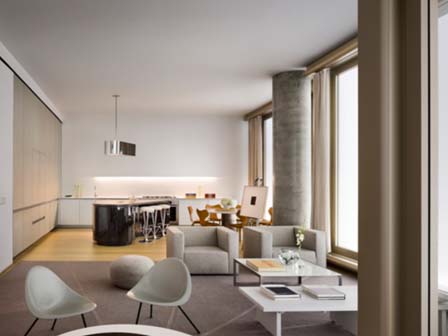 56 Leonard Street, dubbed the Jenga Building, with irregular layers, theoretically can make each household have a different view. 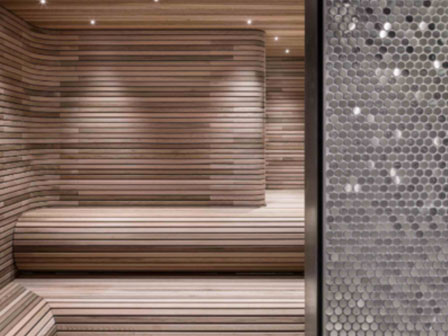 Not many people can say that they have an Anish Kapoor in their hallway. But the residents of Herzog & de Meuron’s 56 Leonard will—as well as a view to the Atlantic Ocean from the middle of TriBeCa. 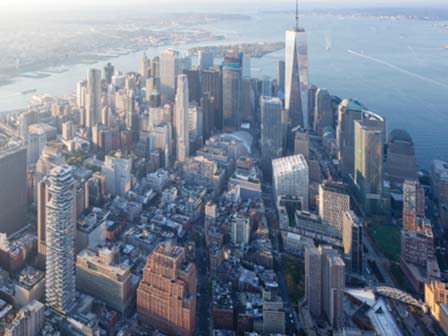 For quite a while, it seemed as if Herzog & de Meuron’s 56 Leonard Street project—a 57-story residential tower in the TriBeCa neighborhood of Lower Manhattan—would never get built. 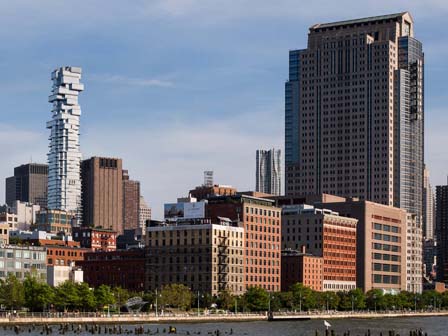 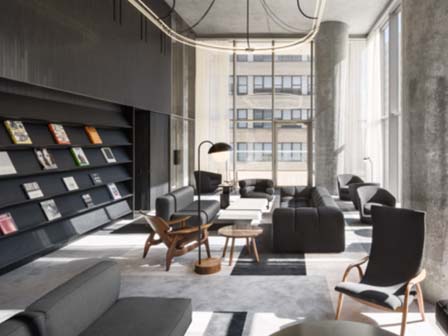 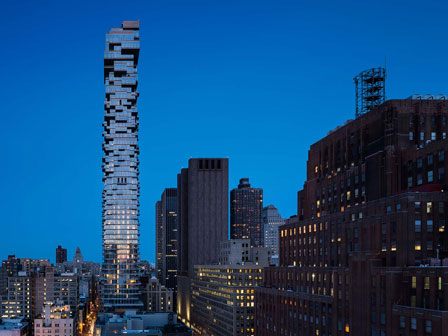 The most dramatic of the recent eruption of super slim, super tall residential towers In Manhattan, Herzog and de Meuron's 56 St Leonard In Triboca appears to lose all sense of order as it pushes skywards.

High art arrives at the lobby 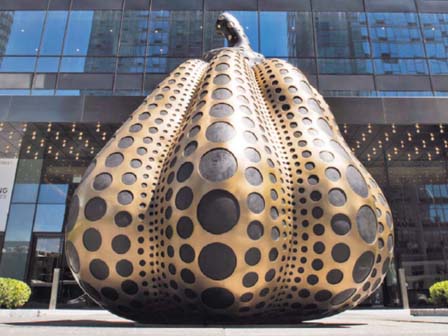 Chief among them is the condominium building under construction at 56 Leonard Street in TriBeCa, a Herzog & de Meuron creation that will feature a mirror-polished stainless steel Anish Kapoor sculpture nestled surreally at a corner of its base. 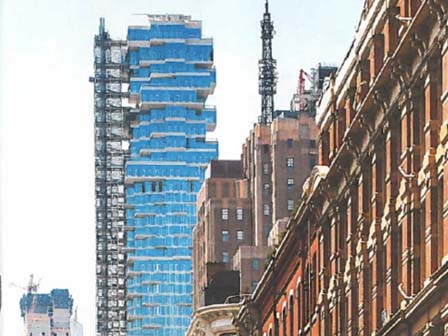 While it has brought with it a fair share of good buildings, New York’s architectural renaissance has presided over a general dissolution of urban mix. 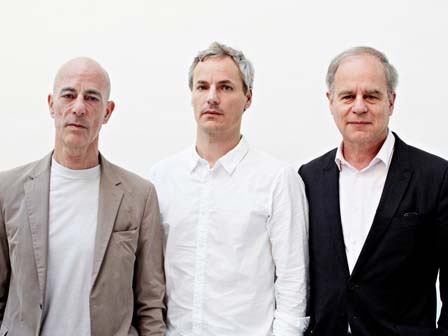 The journey of 56 Leonard from conception to construction is an object lesson in the pleasures and perils of building big in New York. 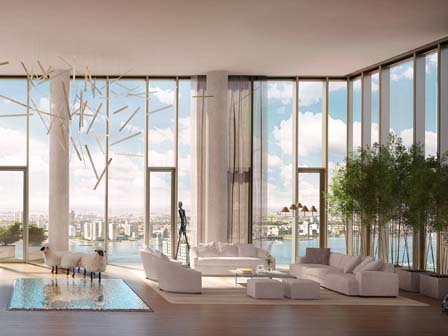 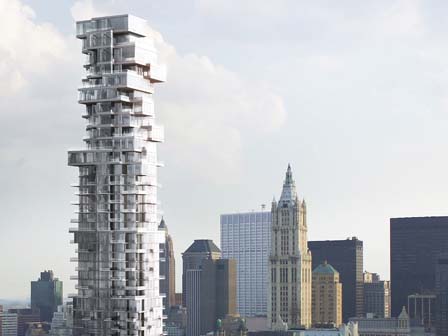 Jacques Herzog, half of the Swiss architecture duo Herzog & de Meuron, grabs a tray full of sugar packets from the café table and lays it across a cappuccino cup, then balances another cup on top of that. “Stacking is very natural,” he says.

Return of the sight-unseen market 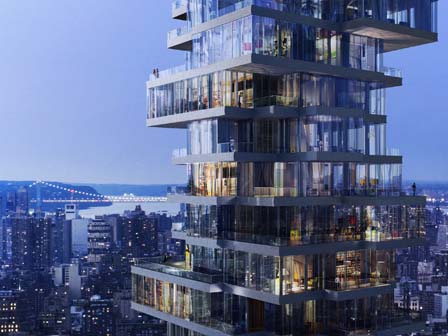 Spurred by tight inventory, developers in cities like New York and Miami are demanding, and getting, millions for homes that have yet to be built.

Condo’s price is straight up 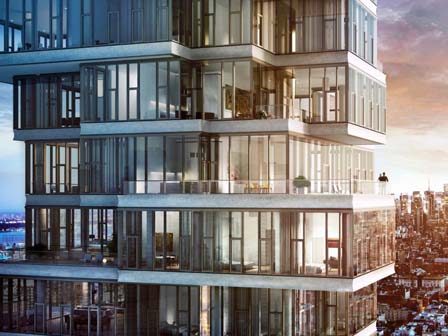 A penthouse atop a new condominium skyscraper that resembles a pile of haphazardly stacked boxes has gone into contract for $47 million, a record for a condo sale below Midtown Manhattan.